Keeping you up to date about the Portland Oregon housing market.

(MoneyWatch) If the real estate recovery is a baseball game, we're in the fourth or fifth inning.

So what will the rest of the game look like?

Experts from the Urban Land Institute unveiled their view of how the rest of the recovery will play out in their Emerging Trends in Real Estate report, released this week at the land use and planning nonprofit's annual conference in Chicago.

The group highlighted a number of housing trends we can expect to see playing out over the next few years, based on surveys and interviews with real estate developers, investors, lenders, servicers and builders.

Millennials are moving the market, but not as homeowners

Though the so-called Millennial generation has been much-maligned in the media, real estate movers and shakers are increasingly interested in where this generation is headed -- quite literally. A number of the cities have seen increased economic activity in the real estate sector led by this generation, particularly Austin, Seattle, Portland and the Twin Cities in Minneapolis.

Minneapolis' place as number nine on a list of the top 10 cities for developers came as a surprise to Andrew Warren, director of PwC, a research and advising firm that co-authored the report with ULI.

"This is a city that's attractive to younger generations," he said, adding that its diverse economic base is helping to bring in a lot of college grads that don't want to leave the Midwest.

However, this same group isn't forming new households, and they're not buying as many homes as their parents' generation were at their age.

Second-tier cities will lead the recovery next year

Investors, developers and builders are losing some interest in the so-called 24-hour gateway cities -- San Francisco and New York City -- and have developed more interested in cities like Dallas and Portland, where there are more housing deals to be had.

For example, in 2011 only New York City and Washington, D.C. had good prospects for real estate investors and developers, according to the ULI report, but now Austin, Boston, Dallas, Houston, Miami, Orange County, Portland, San Francisco, San Jose and Seattle make that list -- and D.C. actually dropped out.

The slow pace of job growth as well as income and wage growth is still holding back the real estate recovery and that's not likely to change quickly.

Many cities in the Bay Area and in Texas have seen strong housing recoveries based on the strength of their economy, said Stephen Blank, ULI senior resident fellow for finance, so places with low unemployment can expect better recoveries next year, while places still haunted by economic issues won't.

The "smile investing" philosophy is back

Real estate developers are interested once again in a so-called smile investment philosophy, Warren said. According to the philosophy, developers and investors start looking at cities in the Northeast and moving south to cities along the Sun Belt -- Florida, Texas, Arizona -- and then coming back up to the Northwest -- Northern California, Oregon and Washington state. So expect to see more activity in those areas than in the Midwest.

With rapidly rising demand for apartments during the recession -- boosted by increased demand from homeowners-turned-renters -- multi-family building surged. But that's likely to quiet down in 2014, as supply and demand have swapped places -- and there may actually have been too much multi-family building in 2013, Blank said.

Condo development is still on the back-burner

The recovery in the condo market hasn't matched that of the single-family market, and developers aren't willing to take the risk on putting up new condo buildings.

Instead, builders and developers are taking a dual-track option: They build a rental apartment building with an eye on switching it to condos in 12 to 16 months, depending on market conditions, Warren said.

Inventory is coming back

The experts at ULI are predicting that 2014 will be the last year that low inventory will aid property prices. Distressed inventory is drying up and sellers are looking at better profits than they have in years.

The buyer's market is long gone

Homes right now are priced to please sellers. "For buyers, they're priced to disappoint," Blank said.

Sellers now know they can squeeze buyers eager to buy before interest rates and home prices shoot up even further.

There's optimism among those surveyed by ULI that lending standards will loosen next year, but Blank isn't as sure.

To fill the void, a concept called "shadow banking" has started to emerge and may take on a larger role in the lending market next year. Shadow banking is similar to traditional bank lending, but it's done outside banks and can therefore get around bank regulations.

Borrowers going this route will find a hodge-podge of private funds, wealthy individuals, family offices, and refugees from other lending markets, according to the report.

The suburban is going urban

There's not a lot of interest in developing suburban areas, Warren said. But where there is, it's surrounding more urban-minded projects located in spots where amenities and public transportation are easily accessible.

Welcome to The Clark Group Blog. 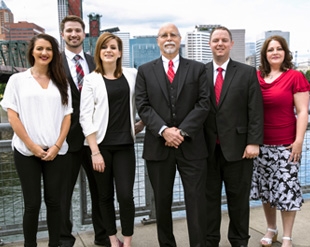